As a Fanatec owner, there’s a huge ecosystem to choose from when it comes to upgrades. Their steering wheel range, in particular, is quite extensive. But which Fanatec wheel is the best? Today I’ll share some opinions having owned more or less everyone on offer.

Read on to find out which are our personal favourites from the Fanatec range, or take a look at this video covering their latest releases:

This is my Fanatec LTD edition wheel from 2020. It has such nice build quality throughout – these wheels are a step above the standard versions, the build quality feels very high and it really is a nice bit of kit:

Fanatec only produces a very limited run of these wheels (around 2000 a year) so, they’re actually quite hard to get hold of.

The 2021 edition, pictured below, came out with a few new features including button framing and thumb encoders that glow in the dark. The revised unit included the podium advanced paddle module (with the F1 dual-clutch) which is a very nice update indeed.

Launched in support of the F1 2020 game from Codemasters, the 2021 limited edition wheel came with a forged 5mm thick carbon fibre front faceplate (mounted on a carbon-weave backplate). The big selling point of these particular wheels is the simple support offered via the F1 2020 simulator. Up to 67 functions of the F1 2020 game can be adjusted directly via the myriad of buttons (11, with customizable caps), 12-way multi-position switches, thumb encoders, rocker switches and so on. Naturally, you can adjust the FFB tuning on your Fanatec wheelbase – pictured below:

The unit feels very high quality indeed, with gold highlights around the buttons and the Clubsport hub adapter on the back. All of the switches feel very certain and high quality, with my only complaint being the rubber boots on the toggle switches, as one came off and disappeared into the box when I was unpacking it! That was, of course, very easily fixed. The carbon fiber has a lovely texture that catches the light. The perforated leather grips have a little give, which makes them comfortable to work with. Take a look at the rear of the 2020 F1 wheel as a good indicator of the completeness of the build:

Just like every Fanatec wheel, installation is a doddle. Fit it to your wheelbase, and open the Fanatec wheel properties page. A little dialogue will open (right) asking you to run the firmware updater. Just follow the prompts (it’s super easy) and that’s all you need to do! For a deeper dive into Fanatec firmware and driver update procedures, read this guide.

What if you can’t find the LTD edition Fanatec wheel?

The wheels are readily available on eBay at close to, if not slightly below, the original RRP. So you can pick up a bargain that way.

If you’re really not keen to try a second-hand wheel, the best alternative is the Clubsport Steering Wheel Formula V2.5 is cheaper, exactly the same functionality. It doesn’t come fitted with the Podium Advanced Paddle Module, which keeps the cost down to around 350 Euros. Other than that it’s basically a LTD edition wheel with all of the higher-end refinements on build quality:

So what’s the difference between one of the top flight wheels above and something, cheaper?

The wheel I think is most worth a look is the Mclaren GT3 V2 wheel, which we’ve reviewed previously here.

This wheel is a good 150 Euros cheaper than the Formula V2.5 wheel I’ve discussed above. There are some pretty big differences because of the price point too. It’s definitely a much cheaper wheel, although that doesn’t necessarily matter.

Firstly, the entire wheel chassis is made from a composite plastic material. It’s very light, but you immediately feel the difference. The paddle shifter behind the unit is actually one big piece, so if you keep your fingers on both paddles you’ll always feel an upshift through your downshift finger:

It comes supplied with the lower torque QR hub, so you need to upgrade to the full Clubsport QR if you want full torque on the Fanatec DD2. But, overall for the budget, this is a really nice wheel, it looks the part and in the review, I really enjoyed using it. It’s at the lower end of the budget in the Fanatec wheel range, but it still knocks the socks off most of the competition.

With the Fanatec CSL DD pricing at around 480 Euros for the higher torque boost version, you can get a really good starter simulator built with the Mclaren wheel for around 1000 Euros, a budget that delivers something we could only dream of just a few years ago.

Fanatec’s Clubsport GT Alcantara Wheel V2 is a really sturdy GT racing wheel with heaps of assignability for iRacing and Assetto Corsa. I spent hours with this wheel in the Mazda MX5s in iRacing and I don’t regret a single moment of owning it:

The wheel comes with the ClubSport Universal Hub V2 for Xbox which gives you a bunch of momentary push buttons (for headlight flashing, pit lane speed limiting, and so on) and you have the XBOX logo funky switch which makes controlling the iRacing black box very easy.

Arguably the most popular category in iRacing is the GT3 class events. VRS Sprint and Endurance are particularly popular and, if you’re an A class license holder, you can go to the multi-class endurance events too. And what wheel would be ideal for a Porsche 911 GT3 R enthusiast?

The flat-based rim is made from Alcantara suede, with a useful OLED display dash at the top which can be used to show lap times, lap delta, gear, and so on. The wheel is a “full-scale replica” of the Porsche 991 GT3 R wheel, and is constructed as a three-piece item, the rim, with a nice Porsche logo in the centre, the Podium Button Module Endurance, and the ClubSport Universal Hub V2 for Xbox and PC.

The OLED display is fully customisable and offers useful display capabilities through its “Intelligent Telemetry Mode” (ITM). There are RGB LEDs for the RPM and shift indicators and, don’t forget the instant access to force feedback adjustments on your direct drive wheel using the Fanatec Tuning Menu button.

Overall this one’s a really nice piece of kit for the committed Fanatec GT3 champion!

A new era begins for racing drivers and sim racers as Fanatec has officially launched the Podium Steering Wheel BMW M4 GT3. The BMW M4 GT3 is a new icon in GT3 class racing – particularly in iRacing it is a highly dominant car and very difficult to match with the right setup.

So, thanks to worldwide unique cooperation between BMW Group Motorsport and Fanatec, in a “world first” they took a brand new steering wheel from a real-world BMW M4 GT3 and mounted it to a Fanatec DD wheelbase. Astonishing stuff.

The wheel itself retails at €1499.00 so it’s really not inexpensive. It is however a genuine replica of the real thing; so again, if you’re a hardcore BMW fan, this is the wheel for you.

This is a classic, no frills but incredibly durable and stiff Formula wheel from Fanatec. It has seen several iterations from its original design, but the basis is still very much there. Inexpensive, and compatible with all Fanatec direct drive wheelbases. It’s reasonably priced at €269.95 and was, in fact, my first Fanatec sim steering wheel!

Celebrating Fanatec’s partnership with Formula 1™ (who provide official support for the F1® Esports Series), this wheel is designed for driving Formula-style cars at the limit. The V2 revision comes with magnetic shifters, customisable RGB LEDs, revised electronics, and an exchangeable QR system. A real Fanatec favourite this one!

The CSL series from Fanatec is considered the “entry-level” range if you will. But frankly, it’s a really good piece of kit; especially for beginners. This wheel is priced at the lower end of Fanatec’s wheel range and consists of the following components – the CSL Universal Hub and the rim itself, the ClubSport Wheel Rim Flat 1.

This is a remarkably lightweight wheel with a smaller diameter of 275mm (Turn Racing’s R305 is 305mm which I found ideal for my adult, medium-sized hands).

The shape of the rim and its “go-kart” size makes this wheel perfect for formula and GT-style racing, perhaps added as part of a budget simulator build

The “Flat 1” rim is manufactured in brushed/anodised aluminium and the rim edges are covered in genuine suede leather.

In terms of button assignability, there are eight standard buttons with snap-dome activation, the integrated button sections also feature a 2-way rocker switch on either side, two 2-way toggle switches, and a 7-way FunkySwitch™ with rotary encoder functionality. As you would expect from Fanatec, you can tune aspects of the direct drive wheelbase on the fly too.

Which wheel should I choose?

Personally, I don’t think you have to spend a lot on the wheel if you’re on a budget. Critical areas of spending are more about your cockpit and the direct drive wheelbase. Money spent there means you don’t have to make expensive upgrades down the line. A wheel is far more easily replaced and if looked after well, can be resold on eBay at upgrade time.

I’ve had huge amounts of fun with the GT Alcantara rim, so if a bigger budget Fanatec Formula rim isn’t an option, I’d definitely go for a more GT-style wheel like the Alcantara V2. If you’re on a really high budget – take a look at our guide to sim racing wheels here.

Buyer’s Guide: What are the Best PS5 Steering Wheels?

Buyers Guide: What are the Best USB Soundcards?

Kids in the Cockpit – Sim Racing Setups for Children

Affordable Steering Wheels for your PC

What are my options for F1 seats & cockpits for sim racing?

Best Fanatec wheels: which should you add to your setup?
By Richard BaxterPosted in Gear, Sim Steering Wheels 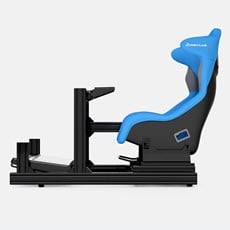 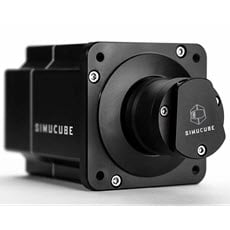 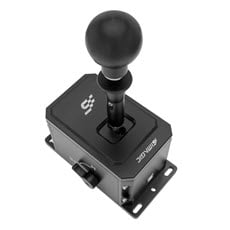 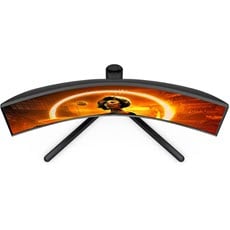 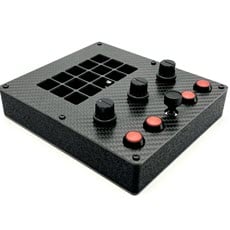